Something I’ve realized as a lesbian, is the fact that you will most likely date a woman who is closeted at least once.

My girlfriend is not closeted from everyone. Her close friends and kids know that she’s dating a woman (me). The rest of her friends do not. Her family does not. Work does not. It’s probably best that some of those mentioned do not know that we are dating. It is still early in our relationship. This is a whole new world for her. She has dated men for her whole life up until we met. She has met and been with women, but for some reason she decided that I had a place in her life. As soon as we recognized that we had both fallen for one another, we grabbed our invincible stars and dashed through the metaphorical Mario level of seeing stars and being love struck while the rest of the world blurred by.

For most heterosexual couples, introducing the person you are dating is simple: “Darrin, this is Sarah, my girlfriend.” That’s part of the privileges that heterosexuals have. Things go a bit differently when you date a person of the same sex who isn’t out of the closet as bisexual or gay. Introducing you as their partner isn’t always an option. Sometimes this is a safety issue because you’re not in a safe place to come out of the closet (ie: you live in a very homophobic country or rely on others who are homophobic). Sometimes it’s because you’re unsure of how the other person feels about you and you don’t want to damage rapport with the other person. Other times, it’s because your world has just topsy-turvied and you flipped over into a new realm of existence that you are struggling to make sense of dating someone of the same sex.

I have dated a few women where I was their first girlfriend. I am used to this. Sometimes it doesn’t make it easier to hear you introduced to friends as their friend. When the conversation carries into dating realms and your girlfriends friends ask her “Have you met any nice guys?” and she will reply with “No.” I admit it is a bit hard to hear her talk like that and trying not to feel like you were a kicked puppy. After all, when you love someone, shouldn’t you have the right to show that person to the world like any other couple? But I know that her situation is one that I was once in years ago when I was first trying to find myself as a person so I am able to empathize.

She pulled me aside the other day after a similar conversation and told me that she was sorry that she wasn’t able to be brave, yet but she felt that she had a lot on the line. I know how she feels in a sense. I am not asking her to be selfish on my part and introduce myself as her girlfriend to the public yet. I know the courage to do that seems impossible to muster. Even now, I feel out people and introduce myself to them accordingly. If the topic of dating comes up I do not tell everyone I speak to that I date women, I just don’t see the point of putting the effort in; I am pretty intuitive and I can also perceive if people will positively or negatively and so I’m not honest with them all because I have had some pretty nasty and scary responses to being honest.

I told my girlfriend that I loved her and as long as she was honest with me, and the close people in her life then that was good enough for me. I know that she loves me in return by her gestures, behaviors and words. She shows her love for me. I feel it. That’s all I need. 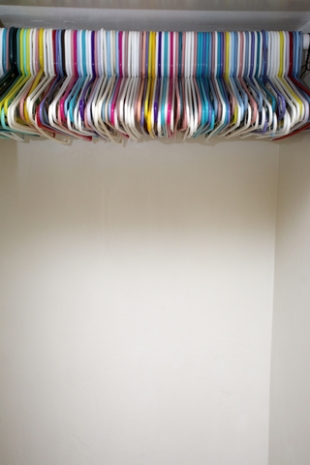 For now, I leave the figurative closet door open for when she’s ready, however long that may take.

2 thoughts on “When your girlfriend introduces you as her “friend””